GREEN ISLE, MN — Nathan Dahlke and his wife Amanda moved their four young children back to the farm a couple of years ago. The “farm” is where Nathan grew up, a plot of around 200 acres of land near Green Isle, a little less than an hour southwest of the Twin Cities.

The “farm” is where Nathan grew up, a plot of around 200 acres of land near Green Isle, a little less than an hour southwest of the Twin Cities.

He tells us the farm life, along with the values it imparts, is difficult to leave behind. “It’s a beautiful life where you can wake up in the morning and witness all of God’s miracles right before you, a calf being born and taking his first few steps and an egg hatching,” Nathan says.

Nathan moved away from his family’s homestead for about 15 years, but farm life beckoned him back home.

“I guess a day in my life can vary pretty wildly. You know I wake up and I do chores and feed the cows and everything, and then I log on to work and I work my real job which is in It for Target Corp, and then I go out later in the afternoon and do chores again oftentimes until the sun goes down,” he says.

Nathan farms corn and soybeans on his land with his father and brother, along with raising a small herd of beef cattle. The day to day farm work, while fulfilling, isn’t as financially stable as Nathan would like. He says these days farmers typically seek out additional revenue streams to help make up for less-than-profitable commodity prices.

For Nathan, that additional revenue stream presented itself in the form of a community solar garden. 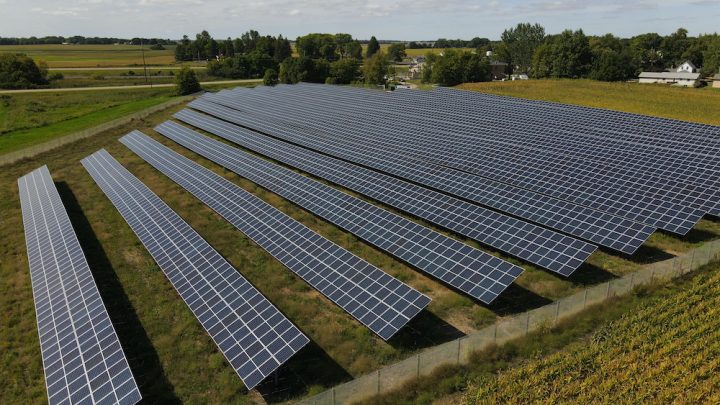 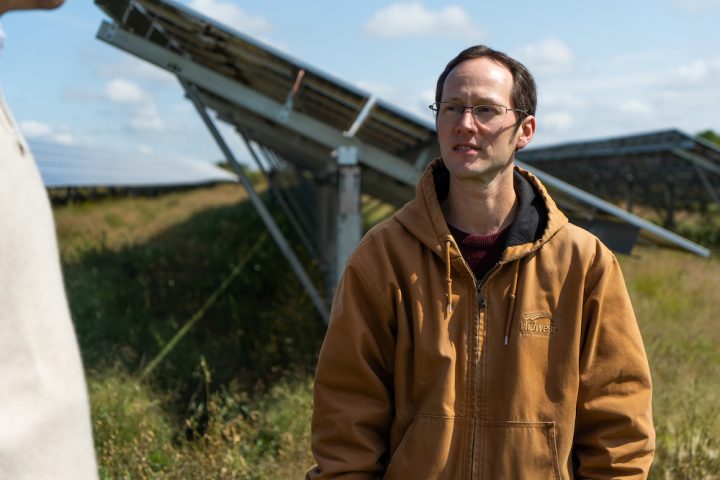 According to the Minnesota Department of Commerce, community solar gardens offer Minnesotans the opportunity to benefit from solar energy without installing a system at their home or business. It may have special appeal if you live in an apartment, have a house or business with a shaded rooftop or just don’t want to install and maintain your own solar panels. Community solar gardens in Minnesota must be 1 megawatt or less, which usually covers between 8-10 acres of land. That amount of electricity can power roughly 1,000 homes. Minnesota is home to the nation’s largest community solar garden program — as of August 2020, the state boasted 724 megawatts of solar capacity. 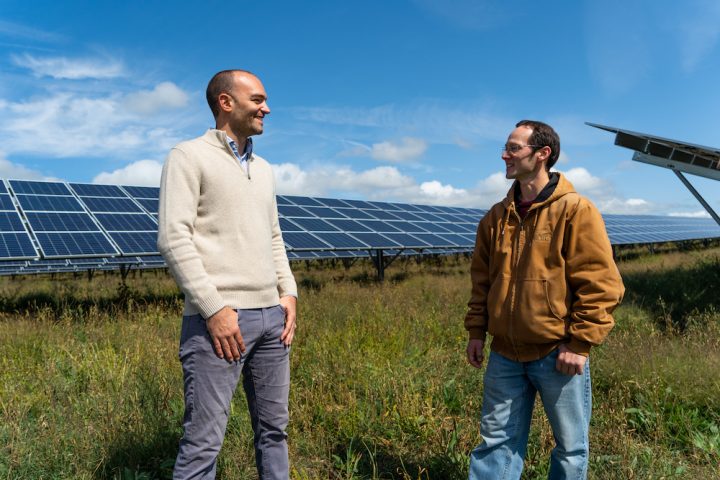 We have the technology to operate our grid in a way that really reduces detrimental health effects to a large percentage of our population. Dan Rogers, Nokomis Energy

Nokomis Energy is a Minneapolis-based clean energy developer that is run by five partners, including co-founder Dan Rogers. Dan tells us the whole team is passionate about deploying clean energy that creates jobs, adds value to the local community, and creates a more resilient electrical grid.

“We have the technology to operate our grid in a way that really reduces detrimental health effects to a large percentage of our population. When you have that ability coupled with the fact that we are deploying these projects at fair market value — this is not a subsidized program from the state level — so we’re excited to be able to deliver a better outcome at a lower cost to the ratepayers of Minnesota. This is exciting to us and everyone at Nokomis Energy is passionate about seeing this happen on a broad scale,” Dan tells us.

Being a good neighbor

Green Isle Mayor Joe Krieger says he’s proud of the local city council for agreeing to listen and learn. He says after some initial pushback, the council was able to say yes to the myriad benefits of solar.

“We just felt the gains were far outweighing the losses here. In addition, this garden was going to help the Dahlke family with their farm which will now be more productive than it was before, so we’re trying to be good neighbors,” the Mayor says.

Dan Rogers tells us that trust is the most important factor in Nokomis Energy’s work. He adds, learning about what is important to the landowners they work with is a critical ingredient to their success.

“Land for Nathan is absolutely part of his family heritage and it’s something that was passed down to him and he works on with his family to this day. It’s very sacred, not just to their income, but because they believe in the principle that farming is good for the world,” Dan says.

“At the end of the day, the difference between me putting solar arrays in their field and generating electricity, and them growing corn and selling that corn to an ethanol plant that then burns it and turns it into electricity — is the same thing. And they can appreciate that for farmers, it’s really about being productive and doing good and this solar garden is still in that category for them,” Dan explains.

Rural Minnesotans take care of themselves

Nathan says rural Minnesota is very good at taking care of itself, and that the people are not complainers.

“So, if energy comes into play in that regard, and it can help us out, I think that’s a good thing, and something we should leverage,” says Nathan.

He says leasing the land for the Erin Solar Garden has provided him a degree of stability so he can continue making a living and raising his family on the farm. “Anytime I can make a bit more revenue off the land that’s consistent with what farming would have provided, I’m definitely going to listen to that and take a closer look,” Nathan tells us.