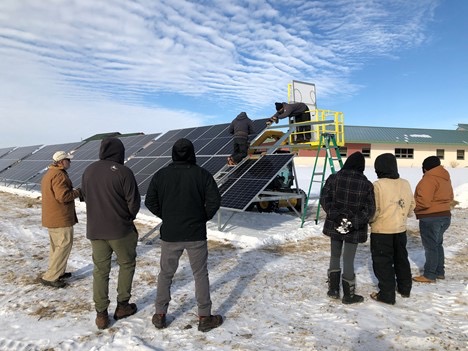 The White Earth Nation has a vision of energy sovereignty. With an estimated 60% of the reservation’s power coming from a soon-to-be decommissioned coal plant nearby, the vision has its window of opportunity opening up. The White Earth Reservation is located in north-central Minnesota. Created in 1867 by a treaty between the United States and the Mississippi Band of Chippewa Indians, it is one of seven Chippewa reservations in Minnesota and the largest band in Minnesota today.

From 2012-2016, the Rural Renewable Energy Alliance (RREAL), a central-Minnesota based nonprofit, built six solar arrays on tribal facilities in White Earth Nation. The partnership resumed in 2019 when they came back to build five 40kW arrays and sponsored a paid internship program using a grant from the Legislative-Citizen Commission on Minnesota Resources (LCCMR) and funding from the Bremer Foundation, Carolyn Foundation, Ilsababy Foundation, and Ottertail Power. The final of those five arrays is set to go live by the end of May 2021, and along with the ground-mounted systems already in place, are expected to save the tribe over $1 million in energy costs over the next 30 years.

A partnership forms between the White Earth community and RREAL 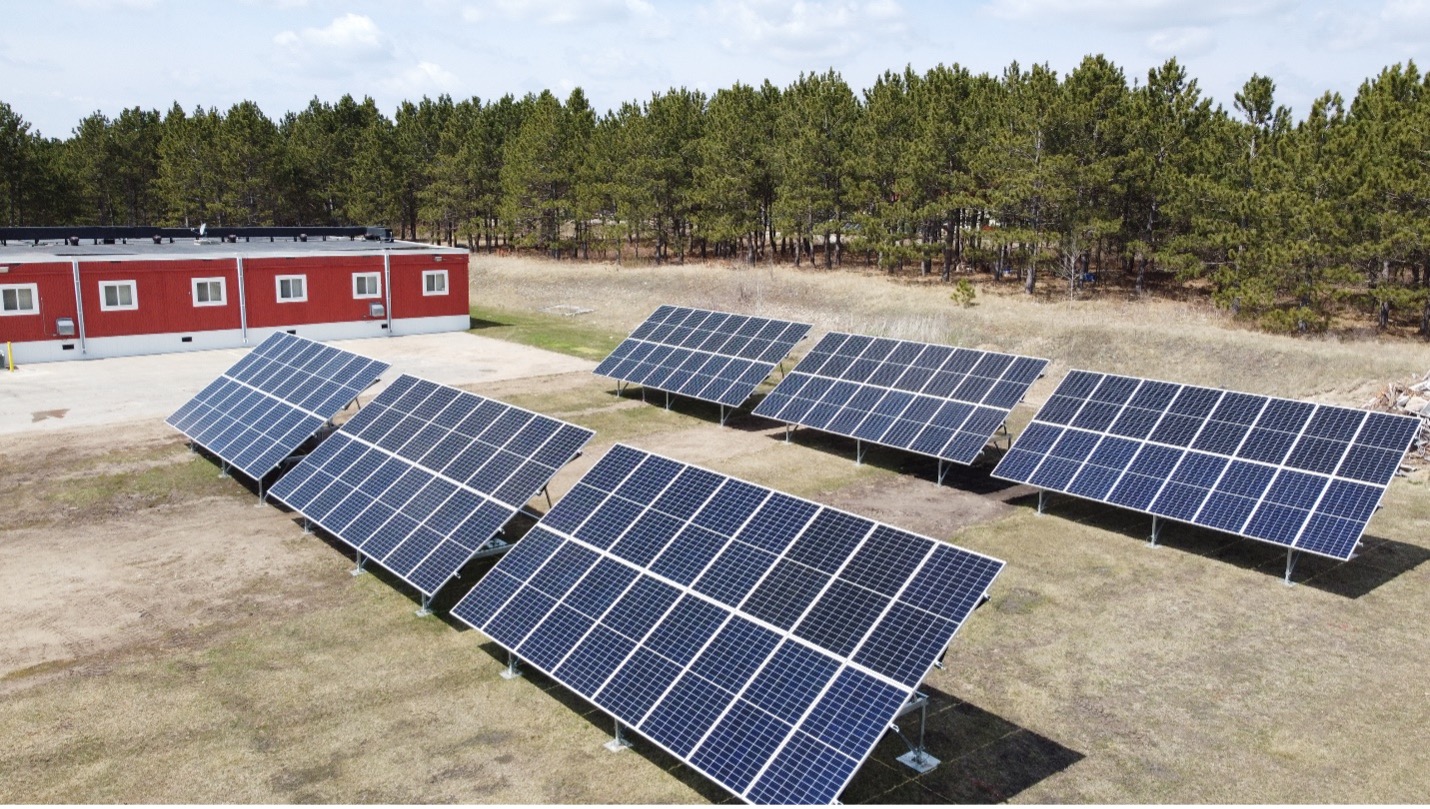 Rather than maintaining their previous project-based approach with White Earth Nation, RREAL wanted to create a partnership and continue finding ways to work with the tribe. According to John Vaughn, RREAL’s Executive Director, he felt a partnership better suited the nonprofit’s mission of enhancing the economic position of the tribe using solar energy long-term.

For the 2019 project, RREAL hired eight paid interns who were tribal members and taught them the solar installation process. By the end of the project, these eight interns had enough knowledge to pass the North American Board of Certified Energy Practitioners (NABCEP) Solar Associate accreditation test, the gold standard for solar installers. To support increased workforce development, RREAL is partnering with the White Earth Tribal and Community College to create a NABCEP accredited solar program that will begin fall of 2022, available free of charge to tribal members. The college will also partner with Northern Lights, a renewable energy general contracting firm, set up with help from RREAL, to be a Native-owned social venture business.

Creating jobs and hope for the future 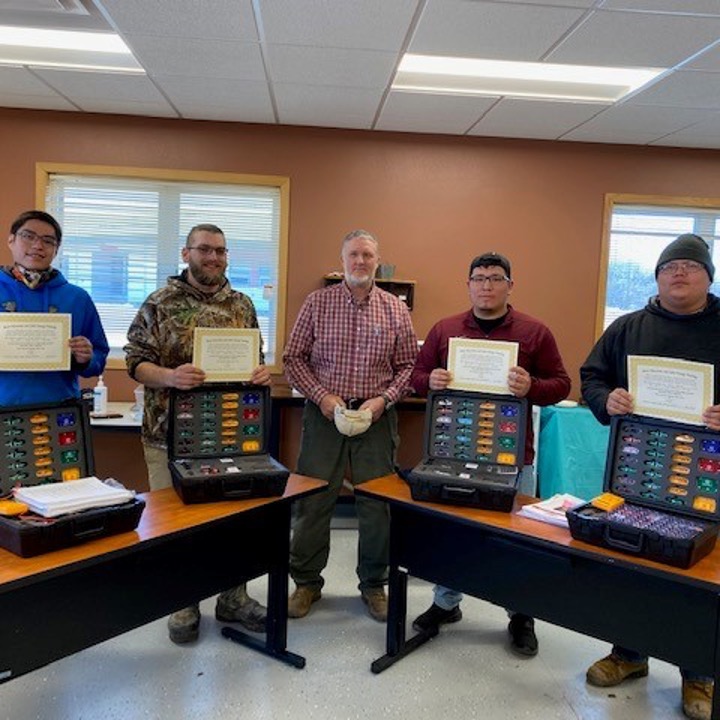 Workforce development is vitally important for White Earth Nation whose members report about a 50% poverty rate. Most jobs available are either with the local tribal government or with the casino, placing the biggest burden on government-supported jobs. Expanding job training and opportunities into new industries provides a benefit to the local economy and tribal members.

RREAL’s Director, John Vaughn, says “Working with White Earth in this capacity fits in well with our strategic vision of reducing poverty. We fit in with their culture, supporting them in treating the Earth well and working towards being energy sovereign. We wanted to find a way to integrate ourselves with the tribe to help their economic growth over time. This is an amazing place, it is very beautiful and you just can’t help but want to be there.”

A new focus for RREAL 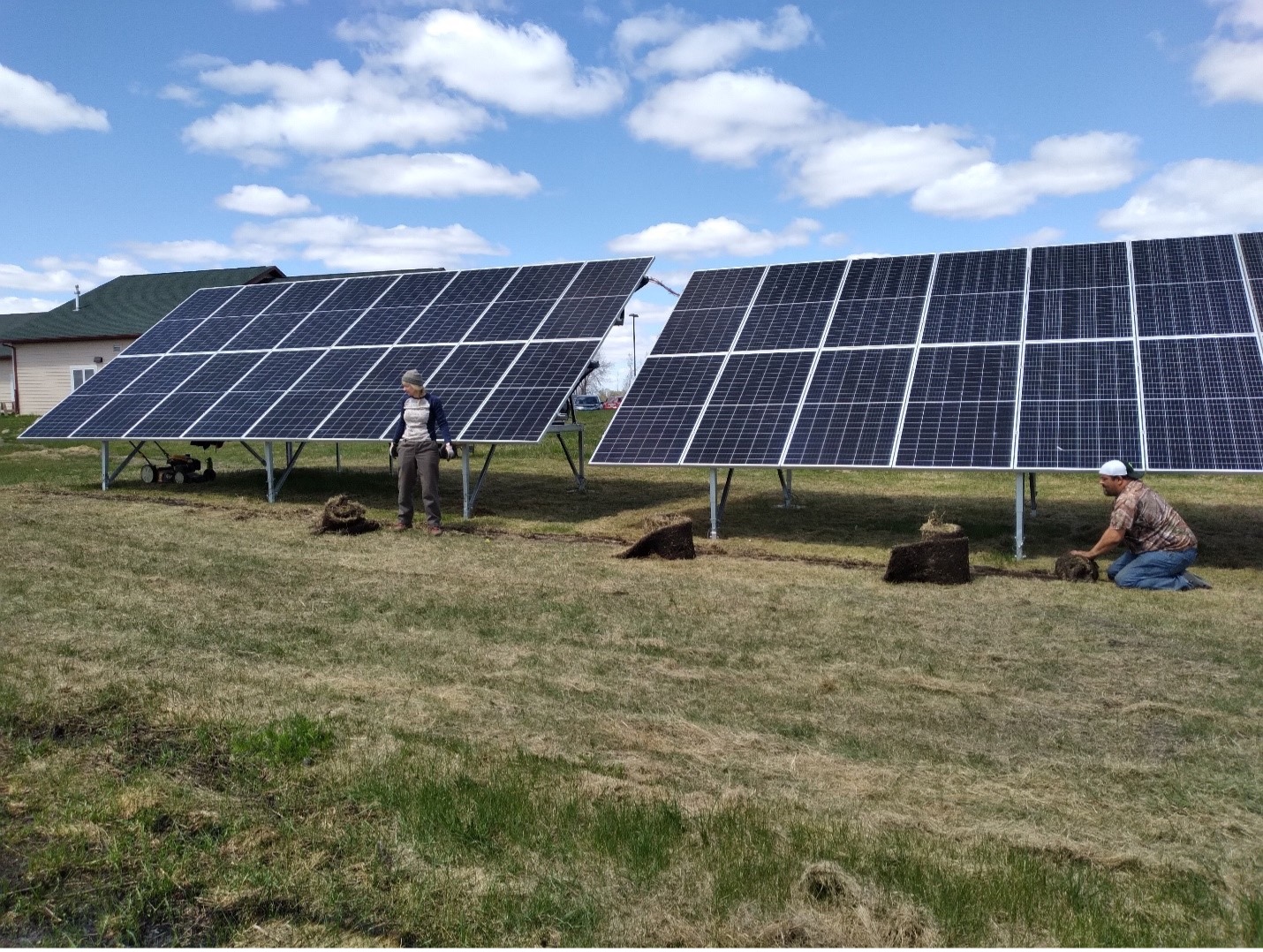 Rural Renewable Energy Alliance (RREAL) is a nonprofit that makes solar accessible to people of all income levels. They were founded 21 years ago in a Bemidji garage by Jason Edens and B.J. Allen, two recent graduates with advanced degrees in environmental studies and engineering, who were struggling to pay their heating bills. They got word of early generation solar panels that had been thrown away nearby and they collected, repaired and installed those panels on their house to help reduce their bills. This sparked the idea that would lead to RREAL, using solar power to assist other low-income families.

Recently, RREAL’s board of directors decided to change course from a global focus to narrowing in on helping low-income families in central and northern Minnesota. Their goal is to help lower poverty rates by installing solar for low-income Minnesotans. They work closely with schools to implement solar and K-8 STEM curriculum and with Habitat for Humanity.

To learn more about the White Earth project, you can watch RREAL’s YouTube Video.