It’s been a fast-paced month as March winds down and the legislature hurries to meet legislative deadlines. This week we review the top three important things that took place in the clean energy world recently at the Minnesota Legislature.
Minnesota Legislature

It’s been a fast-paced month as March winds down and the legislature hurries to meet legislative deadlines. This week we review the top three important things that took place in the clean energy world recently at the Minnesota Legislature.

Rep. Jamie Long (DFL- Minneapolis) carried the bill in the House (HF1956) and is a great champion of the Walz/Flanagan vision. The proposed bill has three main components:

On Tuesday, March 14 the Minnesota Senate Energy Committee heard testimony from Sen. Dave Senjem (R-Rochester), author of the Clean Energy First Bill. (S.F. 1456). In his opening remarks Sen. Senjem said of this legislation, “this is the most important bill I’ve ever introduced.” The bill is similar to Governor Walz’s policy proposal, but takes a more measured approach, and does not impose a deadline on carbon emissions in the energy sector. Senator Senjem is a leader in the Senate on clean energy, and CEEM is pleased to see his bill progress.

Check out the Factsheet here. From the dramatically falling prices of renewables, to our state’s energy efficiency ranking, and the positive outlook for emerging technology like battery storage, the Factsheet shows how policy leadership continues to grow clean energy projects and jobs.

The Factsheet is an important tool for CEEM to share with policymakers. Legislators are currently discussing bills that are directly related to the content in the report. Last week, CEEM along with Business Council for Sustainable Energy President Lisa Jacobson were able to share the report with both House and Senate Energy committee chairs, Rep. Jean Wagenius (DFL-Minneapolis) and Senator Dave Osmek (R-Mound) as well as Senate Energy Committee member Senator Erik Simonson (DFL-Duluth) and the Minnesota Chamber of Commerce as well as the Department of Commerce. We were also pleased to see highlights from the report appear in Rep. Jamie Long’s (DFL-Minneapolis) testimony on Governor Walz’s 100% Clean Energy by 2050 bill. (Listen here from 1:45-3:00 to hear about the Factsheet)

Looking ahead: what’s an omnibus bill?

3.) What is an omnibus bill you ask? Good question! 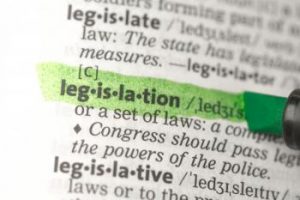 Omnibus is simply a jargon-y word for a large, single document bill that is accepted in a single vote by a legislature but packages together several measures into one or combines diverse subjects. Omnibus bills serve as a portfolio of policies used to negotiate across the legislature. You might start to hear about omnibus bills soon! Many energy-related bills you might be tracking may soon end up in a larger bill with many related policies. For more info on how an omnibus works, check out a great story from MinnPost.

There are pros and cons to a bill you want to pass being packaged into an omnibus bill. We’ll keep track of everything and continue to update you as action is taken.

In the meantime, if you have any questions about the legislative process or a particular bill, please reach out to our Policy and Public Affairs Director, Benjamin Stafford at bstafford@cleanenergyeconomymn.or