The concept of energy storage is simple, it is technology that stores energy produced at one time for use at another time. The potentials, however, are anything but simple. Energy storage, or battery storage, could be the key to harnessing clean energy solutions. One big criticism of wind and solar energy has always been, “what do we do when the wind isn’t blowing and the sun isn’t shining?” The answer, scale up battery storage technology so that it is reliable and cost effective and deploy it en masse to ensure clean, reliable and affordable energy.
CEEM Members Energy Storage Solar

The concept of energy storage is simple, it is technology that stores energy produced at one time for use at another time. The potentials, however, are anything but simple. Energy storage, or battery storage, could be the key to harnessing clean energy solutions. One big criticism of wind and solar energy has always been, “what do we do when the wind isn’t blowing and the sun isn’t shining?” The answer, scale up battery storage technology so that it is reliable and cost effective and deploy it en masse to ensure clean, reliable and affordable energy.

Until the time comes that we are able to do this, there are still benefits to utilizing energy storage along with clean energy solutions that are making a difference in the lives of Minnesotans. We have the opportunity in Minnesota to pass policies that incentivize the use and growth of this technology which helps increase energy independence, reliability and the cost of energy. 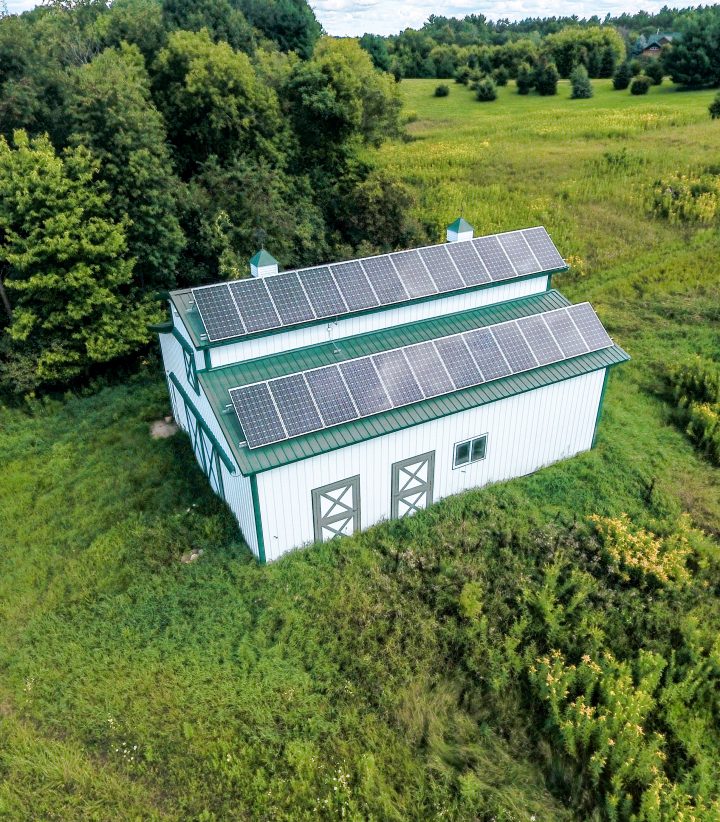 What is energy storage?

Energy storage technologies reduce wasted renewable energy. Unused energy is typically a byproduct of over-production, and having proper storage systems in place allows consumers to draw on this energy at a later time. Using this excess of energy during peak usage times, for example, enhances the efficiency and effectiveness of clean energy sources. Excess energy stored in batteries can also be used to support systems during power outages. If the grid goes dark, energy storage systems will activate, increasing the overall reliability of grid technology.

In Minnesota, the benefits of energy storage systems reach both rural and urban communities. Homeowners across the state rely on energy to power their daily lives and having a reliable, independent source of energy reduces worry and increases savings. We talked with a handful of CEEM-Member All Energy Solars’ customers to better understand the energy storage landscape in Minnesota and how, when combined with solar technology, it is impacting their lives.

ENERGY STORAGE IN CITIES ACROSS MINNESOTA 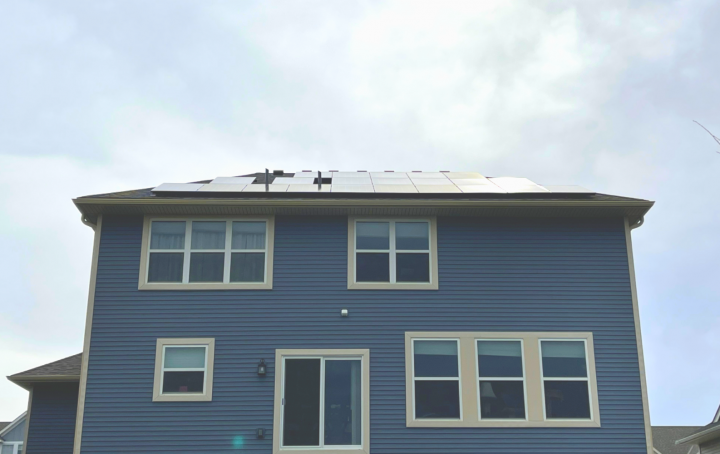 For Troy Whitney, an All Energy Solar customer in Deephaven, Minn., combining energy storage systems with his 2018 solar installation just made sense. For the last three years, Whitney’s system has generated more power than what his home requires on an annual basis. The ability to store the energy generated during the day allows Whitney’s home to run overnight without the support of the grid. For roughly six to eight months out of the year, Whitney is able to be entirely off grid.

The ability to go off grid benefits homeowners especially during power outages. When a grid goes down, residential solar systems also shut off for the safety of the workers repairing the lines. Whitney’s storage system has an auto transfer switch, which, during outages, temporarily disconnects his house from the grid. His house is then powered by the stored energy that his solar system generated, making use of the excess energy rather than letting it go to waste.

“I wish more of the country was focused on solar,” said Whitney. “Everything comes from the sun, and the cleanest way to power the world is to take the energy right from the source. We have to do it one house at a time.” 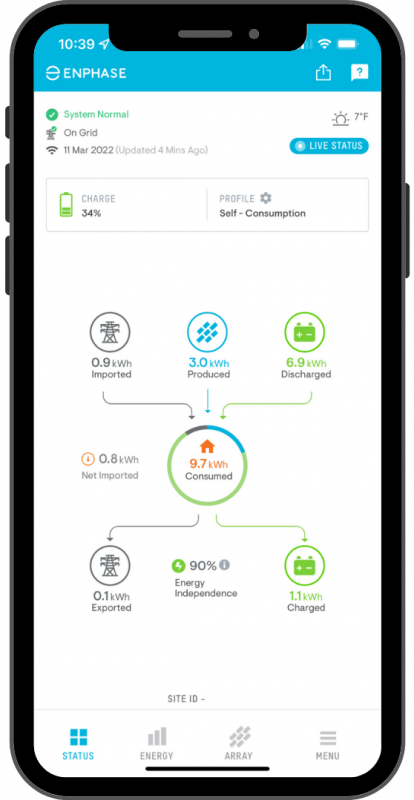 While energy storage systems increase reliability, they also offer homeowners numerous economic benefits. Suresh Sikharam, a customer based in Lakeville, Minn., installed his 8kW solar system in 2019 and has seen his utility credits increasing every year since. These credits are determined by how much unused energy is leftover in a system at the end of the year and, for Sikharam, his energy is metered at 8c/kWh. Sikharam also utilized federal tax credits and Dakota Electric credits that were applied to the cost of his installation, which reduced the initial price by more than $10,000.

“We maybe wouldn’t have gone solar without incentives,” said Sikharam. “There would have been a bigger ask. With incentives, it was a very easy choice.”

After All Energy Solar installed his system, Sikharam used his training as a data architect to further engage with his system and track the amount of energy that his system produces and where it goes. By following this data, Sikharam makes decisions about where he wants the energy channeled, whether it be to his batteries or to the grid. In Sikharam’s eyes, information is power, and his system grants him consumer choice.

The importance of energy storage for rural Minnesota 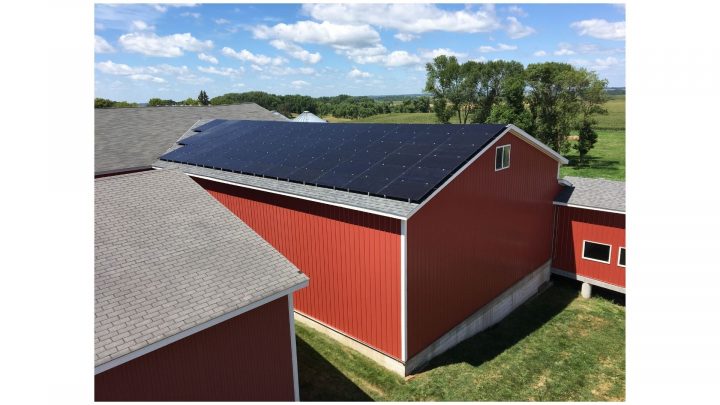 Grid independence supports households across the state, but is especially important for rural consumers. Rural Minnesotans have longer wait times when it comes to grid repairs, but consumers like Rick Margl, in Motley, Minn., have found that a solution to grid instability lies in energy storage systems. His goal when building the space was to maintain a light footprint and even constructed his home with a geothermal system.

After looking at his spreadsheets, Margl was immediately convinced to include a battery system as well. “Demand runs 24 hours a day, but the sun doesn’t,” said Margl. “We needed the battery to cover all day.”

For Larry Krantz, a resident of Bemidji, Minn., having power 24 hours a day is crucial. Krantz and his livestock rely on well water, and, without power, Krantz’s well can’t run. During an outage, however, Krantz’s batteries cover his property’s needs immediately. At the time of installation, Krantz was motivated by federal tax incentives, and now looks to the future of solar and storage technology.

“Someone has to invest in this technology to drive it forward,” said Krantz. “It’s a gift to future generations.”

The future of energy storage in Minnesota

As clean energy sources and efficiency programs continue to increase across Minnesota, it makes sense that storage will accompany this transition. The journey to a clean energy future will include electrification of our houses, cars and buildings and along with that is a need to store energy to use during times when renewables aren’t producing. Energy storage technologies provide a sense of stability and resiliency that is highly necessary as we look to the future of our energy systems. Another key factor in transitioning to clean energy is cost. According to this cost-benefit analysis published by the Minnesota Department of Commerce, solar and storage systems are currently cost-effective. In a few years, however, this analysis predicts that these systems will be cost-competitive, and, after 2030, they will be necessary for integrating solar and wind technologies.

Most people understand generally that solar energy becomes more valuable if some of it can be stored, to be available to be “dispatchable” when it is needed, and not just when the sun shines. Effective storage policy should identify which use-cases will have the most value at different stages in our shift to cleaner energy sources.

Hi everyone, my name is Chandra Her and I am joining the CEEM team as the Policy Associate for Government Affairs. I’m thrilled to be joining CEEM as my first…

On Tuesday this week President Biden signed into the law the Inflation Reduction Act of 2022. This bill is the result of years of work by clean energy businesses, advocates,…

Today the United States House of Representatives passed the Inflation Reduction Act of 2022 – sending the bill to President Biden’s desk for signing. The bill includes $370 billion for…