When people think about the clean energy economy, what comes to mind? Solar photovoltaic and wind energy are likely at the top of the list. Perhaps other renewable sources of energy like solar heating, ground-source heating and cooling, geothermal power, or hydroelectric. Or non-renewable low carbon technologies like fossil energy with carbon capture or nuclear power. While these are all important, biomass and the bioeconomy are also key contributors to a clean energy economy.
Bioenergy Guest Blog

When people think about the clean energy economy, what comes to mind? Solar photovoltaic and wind energy are likely at the top of the list. Perhaps other renewable sources of energy like solar heating, ground-source heating and cooling, geothermal power, or hydroelectric. Or non-renewable low carbon technologies like fossil energy with carbon capture or nuclear power. While these are all important, biomass and the bioeconomy are also key contributors to a clean energy economy.

The Bioeconomy Coalition of Minnesota, facilitated by the Great Plains Institute, was launched in 2012 to support biobased industries in Minnesota as a part of a clean energy and clean economy strategy. The Coalition convenes a variety of organizations involved in the bioeconomy to collaborate and grow the industry and position Minnesota as a national and global leader. The Coalition’s membership includes non-profit organizations, electric and natural gas utilities and cooperatives, large and small private companies, local governments, research organizations, legal and engineering firms, and state agencies. [Clean Energy Economy MN is a member of the Coalition.]

The bioeconomy includes any industry sector that converts biobased feedstocks into value added products, including bioenergy, biofuels, bioproducts, and biomaterials. The Coalition prioritizes emerging opportunities and new technologies. It seeks broad-based economic benefits through the state by adding value to forestry, agricultural, and organic waste materials. The Coalition advances the bioeconomy through public policy advocacy, identifying research and development priorities, educating about the bioeconomy, and bringing the sector together.

Boosting the Bioeconomy through the Bioincentive Program

One of the ways the Coalition advocates for policy is by convening an active policy committee at the state capitol. The Coalition’s top priority is increasing funding for the Bioincentive Program, which is administered by the Minnesota Department of Agriculture. The program is performance-based and supports production of biobased chemicals, biomass thermal energy, and advanced biofuels. It pays incentives to companies that have invested in the state based on their actual level of production. Because the payments are based on past production on a quarterly basis rather than promises of future investment or production, the return on investment for the state is guaranteed. Due to the efforts of Coalition members and the Coalition lobbying team, the Bioincentive Program passed in 2015. After several years of slow growth, the program has grown rapidly and is currently supporting a variety of projects around the state, including numerous biomass thermal projects that primarily utilize wood residuals from the forest products industry. In doing so, the program is helping to address a key challenge since markets for wood residuals have declined over time. The Bioincentive Program also supports several advanced biofuel projects producing cellulosic ethanol from corn kernel fiber at six existing ethanol plants, innovating a biofuel production technology that offers deep greenhouse gas reductions relative to gasoline. The program also supports biobased chemical production from wood as an innovative diversification option for the pulp and paper industry.

In 2019, the Coalition hired the University of Minnesota Extension’s Center for Community Vitality to analyze the economic impacts of the program—the analysis found that the program contributed a strong positive economic growth in the state. According to its report, companies that utilized the Bioincentive Program contributed $690.5 million in direct investment in the construction phase, leading to $1.2 billion in economic activity, $540.6 million in labor income, employment for 8,325 workers, and $46.5 million in tax collections. Ongoing operations resulted in annual impacts of $438.8 in operating spending, $610.7 million in economic activity, $127 million in labor income, 2,415 jobs, and $13.3 million in tax collections. Given that the program spent only $1.5 million incentives in 2019, this meant that $407.10 was generated for the economy for each dollar of state investment. This return on investment will remain positive even as spending on the program grows in response to additional production in the program.

The 2021 Minnesota legislative session demonstrated that a divided government can still achieve progress on clean energy through a bipartisan approach as demonstrated through several policy wins:

Working to prioritize and support areas for research and development, the Coalition formed the Minnesota Bioeconomy Commercialization Consortium in 2017, bringing together researchers, industry, and other bioeconomy experts to determine priorities for the state. The Consortium aimed to identify research areas that would enhance Minnesota’s competitiveness, stressing that research priorities should:

The Bioeconomy Coalition has worked to support progress in these areas in various ways. It conducted extensive outreach and convening on innovative wood products, leading to the release of a report in 2020. The report identified numerous opportunities to create new markets for wood, including biochar, engineered wood products that substitute for carbon intensive building materials, and renewable diesel. Additionally, the Coalition has worked closely with the Partnership on Waste and Energy, a joint-powers board comprised of Hennepin, Washington, and Ramsey counties, to identify barriers to anaerobic digestion of municipal organic waste. This collaboration led to a 2021 report on policy and regulatory considerations, building on a 2018 report evaluating prospects of anaerobic digestion for Minnesota. The Bioincentive Program, as discussed above, has supported adoption of corn kernel cellulosic ethanol and six Minnesota ethanol plants. The Coalition will be convening its partners this year to revisit the priorities identified by the Consortium and identify a new set of goals.

The bioeconomy can deliver many advantages for the state of Minnesota. Technologies advanced by the Coalition offer a clear greenhouse gas reduction opportunity. Advanced biofuels, renewable diesel, and biogas produced from anaerobic digestion all offer deep greenhouse gas reductions relative to fossil-equivalent fuels. Many biobased chemicals not only offer a greenhouse gas advantage relative to fossil-equivalents but often are less toxic and offer better performance. A key feature of the bioeconomy is the opportunity for economic development in every part of the state, which has led to a strong level of support for the Coalition’s priorities.

More work is needed to develop the state’s Bioeconomy, and there are challenges ahead. The Bioincentive Program is successful, but it is currently underfunded by the state. Unless the state fully funds the program, it will not be as successful as it could be in attracting new investments and making Minnesota as competitive as it can be. Additionally, Minnesota’s forestry sector will face challenges in the years ahead without new markets for underutilized wood. For example, many ash trees are expected to die due to emerald ash borer. Without new markets like renewable diesel production that can keep loggers in the woods and support re-planting of disease-resilient trees, there is a risk of ecosystem degradation, wildfires, and loss of the biogenic carbon sink. Lastly, the biofuels industry must continue to define itself as a lower carbon source of transportation fuels to remain relevant as electric vehicles become more prominent. With collaboration, Minnesota can meet these challenges.

Learn more about the Bioeconomy Coalition of Minnesota at mnbioeconomy.org. 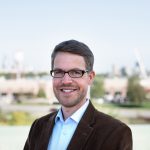 This post was provided by Brendan Jordan. Brendan is the VP of Transportation and Fuels at the Great Plains Institute, and is lead facilitator for the Bioeconomy Coalition of Minnesota.