Clean power solutions coupled with energy efficiency technology drives decarbonization. Many of these clean solutions are still in development, and there are a lot to keep track of. Hydrogen, for example, has been proven as a highly adaptable and applicable source of power, but there are concerns about its scalability, cost and environmental impact as well.
Hydrogen

Clean power solutions coupled with energy efficiency technology drives decarbonization. Many of these clean solutions are still in development, and there are a lot to keep track of. Hydrogen, for example, has been proven as a highly adaptable and applicable source of power, but there are concerns about its scalability, cost and environmental impact as well. 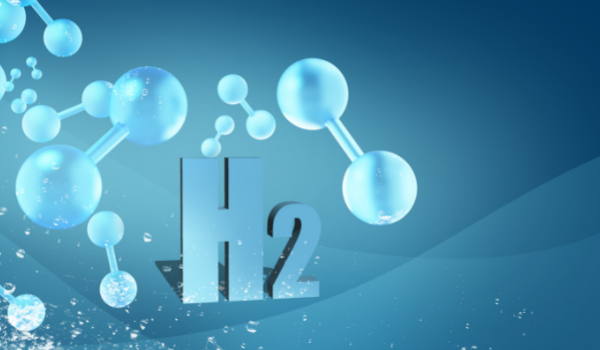 Hydrogen is the most abundant element, making it a fairly accessible source of power. Currently, hydrogen is primarily produced by burning fossil fuels such as coal and natural gas. There are other production methods that exist, however, with one of the more common ones being electrolysis. Rather than using fossil fuels, electrolysis uses electricity to split water into hydrogen and oxygen and, if the electricity is generated by clean sources, it is a zero-emission process.

Hydrogen itself is colorless, but the energy industry has established eight different colors that denote a specific production process and its degree of environmental impact. Based on a report by National Grid, these are the eight most common hydrogen “colors”:

Despite all of these available processes, a 2018 report released by the International Renewable Energy Agency shows that fossil fuels power 95% of hydrogen production. According to a Forbes article published in 2020, for every kilogram of gray hydrogen that is produced, 9.3 kilograms of CO2 is also released. While fossil fuel-based production is currently the most widely accessible approach, its high emission rates along with the current spikes in gas prices will not sustain this approach in the long term.

Why does this matter?

Whereas batteries store energy, fuel cells generate electricity by converting various fuels. These fuel cells can power anything from cell phones up to large-scale electric grids and often rely on hydrogen. In a hydrogen fuel cell, hydrogen is combined with oxygen to generate electricity. The only byproduct of this process is water, so, if green hydrogen is used in this cell, the entire fueling process is zero-emissions.

Most fuel cells in the United States, however, use natural gas as a fuel source. Hydrogen is slowly being incorporated in some of these cases, the resulting fuel being a hydrogen-natural gas blend. By beginning with a hybrid fuel, the transition over to a fully hydrogen-based system is becoming easier than trying to fully convert coal-based sources.

Hydrogen in the transportation sector 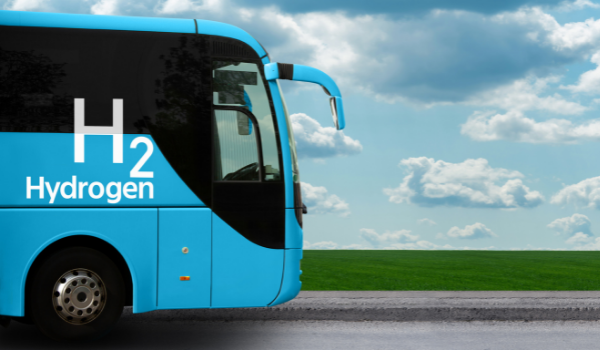 Hydrogen is light and energy dense, making it a viable option for carrying and storing energy. This flexibility also makes hydrogen a highly efficient fuel option for vehicles in the transportation sector. Using hydrogen fuel would provide an alternative clean car option to current battery-powered electric vehicles. Hydrogen power can also be applied in manufacturing settings, creating the potential for the entire vehicle production process to be emission-free.

The air travel industry can also benefit from hydrogen-powered vehicles. A 2020 study by McKinsey & Company shows that on-plane hydrogen combustion could reduce flight emissions by 50-75% and that number could increase to 75-90% with hydrogen fuel cells. In 2019, the transportation sector had the highest amount of greenhouse gas emissions in the United States. With alternative fuel options, even hydrogen blends, the sector’s overall emissions could be reduced.

Another benefit to hydrogen is that it can be domestically produced. Introducing hydrogen-based technology to the transportation sector would expedite the overall manufacturing process while providing more local jobs. Relying on hydrogen would also move the United States closer to achieving energy independence. By focusing on internal production strategies, an independent energy economy could emerge across the nation.

While there is potential for hydrogen to propel the clean energy transition, it is currently not in widespread use. Minnesota has a growing clean energy market, however, and these renewable sources can be substituted for traditional fossil fuels during hydrogen production. The more research and development that can be directed toward this process will result in a better understanding of the potential of hydrogen power.