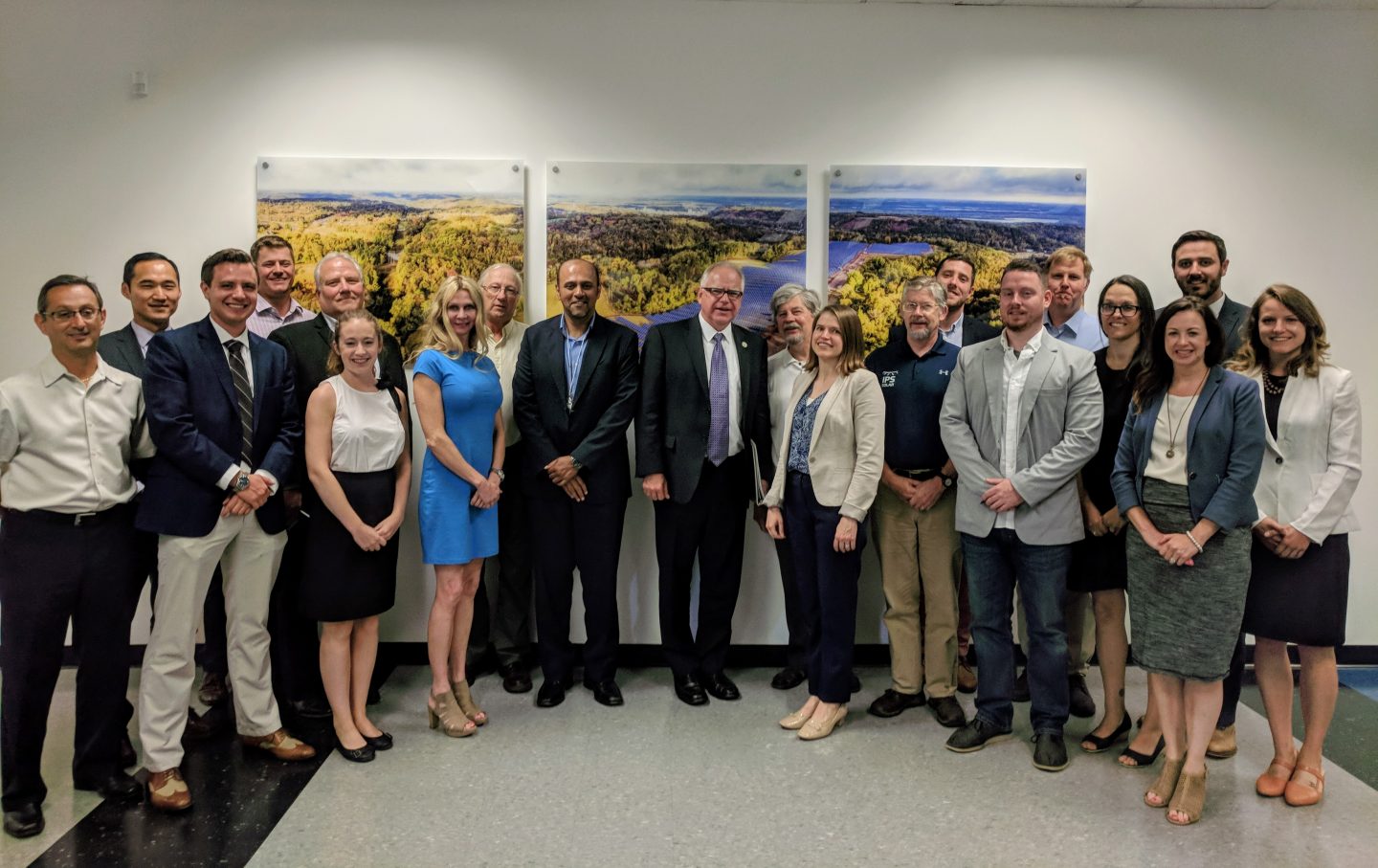 Clean Energy Economy Minnesota (CEEM) and Advanced Energy Economy (AEE) are hosting business roundtables this summer with Minnesota’s candidates for governor. On July 18 we had the pleasure of hosting U.S. Congressman Tim Walz.

Walz has served Minnesota’s first congressional district (which spans the southern part of the state), since 2006. Walz served for 24 years in the Army National Guard, retiring with the rank of Command Sergeant Major, which later made him the highest ranking enlisted soldier ever to serve in Congress. He also worked as a social studies teacher at Mankato West High School, a valuable experience he noted several times in our discussions with him.

Walz arrived at our meetings with a confidence in the power and importance of Minnesota’s clean energy industry. In fact, he noted that he believes the future belongs to those who harness clean energy and create jobs. Many of the people who are doing just that were sitting at the table. Walz stated that if elected, he hopes to build strong coalitions with the clean energy community and make sure he is convening the right people to make real progress on this issue. 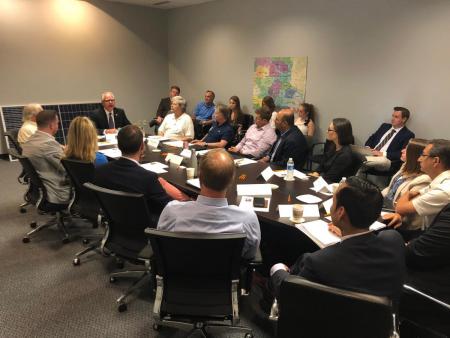 The roundtable was the second in a series of meetings with the leading candidates for governor being organized by CEEM. Through these business roundtables, we seek to learn more about each candidate’s vision for the state, and the role clean energy technologies must play in helping harness the economic opportunities provided by Minnesota’s fast-growing clean energy industry.

Leading businesses participating in the roundtable represented the wide range of clean energy technologies being implemented across the state including energy efficiency, solar, wind, combined heat and power, smart grid and energy storage. They discussed the growing impact of their businesses in Minnesota where more than 57,000 people work in clean energy. They also shared their vision to advance the industry in the state, and asked for policy stability and predictability that would provide the necessary market signals that are needed to allow them to continue to grow.

Walz honed in on the need for predictable policy and opportunities to maximize local resources and people. In that same vein, he highlighted the need for a comprehensive energy plan for the state and requested participation from businesses in crafting policies that if elected, he could help implement early on in his administration. His enthusiasm for what the future holds for clean energy was a sentiment shared around the room.

Likewise, CEEM shares this enthusiasm for the power of what is possible when policymakers, elected officials and businesses can work together to speed Minnesota’s transition to a clean energy economy. Already, Minnesota’s clean energy industry employs more jobs than medical technology, and double the number who work in oil, gas and natural resources. We believe that a Governor who is well-versed in the benefits of clean energy to Minnesota’s economic success will be a strong partner for the industry in the years ahead.