Our first roadshow took place on Sept. 16 and highlighted projects from CEEM member-businesses Winona Renewable Energy, McKinstry and Nokomis Energy. This roadshow was the first in a series that will explore clean energy around the state.
CEEM Events CEEM Members

This fall, Clean Energy Economy MN launched a new series of regional clean energy roadshows featuring the latest stats from our two annual reports, as well as the opportunity for CEEM-businesses to highlight innovative projects located all across the state. Our first roadshow took place on Sept. 16 and focused on Southeast Minnesota, highlighting projects from CEEM member-businesses Winona Renewable Energy, McKinstry and Nokomis Energy.

The SE roadshow opened with an overview of the MN Energy Fact Sheet and the Clean Jobs Midwest Report. For the first time in five years, clean jobs saw a decline due to the pandemic, however jobs bounced back in the second half of the year, growing twice as fast as overall state job growth. Last year, Minnesota only built renewable power plants, and renewable energy became the number one source of electricity generation across the state. These milestones have encouraged large corporations to make increasingly ambitious clean energy procurement commitments. At the state level, the 2021 legislative session saw the passage of the most monumental energy legislation to pass in the last decade.

Most of these developments are taking place at a smaller-scale, with 71% of Minnesota’s clean energy businesses employing fewer than 20 people. One of these family-owned businesses is Winona Renewable Energy, represented at the roadshow by General Manager Kyle Swarbrick. For the past decade, Winona Renewable Energy has been expanding their services across Minnesota and Wisconsin, from quality assurance and maintenance to installations. One of their most recent clean energy projects can be found in La Crescent, Minn. at the community firehall.

Winona Renewable Energy installed an array of solar panels on the roof of La Crescent Firehall that covers 100% of the firehall’s electricity usage. A solar installation can require up to five dozen steps, and, for this project in particular, Winona Renewable Energy used a series of microinverters and built a self-ballasted system in order to improve the grid’s durability in potential storms. The result of this project was an overarching community push for renewable energy, both to offset electricity usage and, consequently, benefit local taxpayers.

“To anybody that might be interested in [the clean energy industry], there are three R’s: read, research and reach out,” said Swarbrick. “The more people that are involved [in advocating for clean energy] will make everything a lot easier, especially growth.”

The value behind clean infrastructure

“Something that we often try to do with our partners and our customers is to truly drive greater value out of infrastructure projects,” said Malwitz.

The first community projects highlighted by Malwitz were a $2.2 million and a $2.6 million efficiency and sustainability upgrade to the City of Rochester’s Recreation Center and Civic Center, respectively. Combined, these projects resulted in a $332,000 total energy savings for the city – enough to self-fund the projects. Today, the recreation center has reduced its energy consumption by 25%, while the civic center has reduced its emissions by 21%, having a combined CO2 emission reduction of 1,300 metric tonnes. 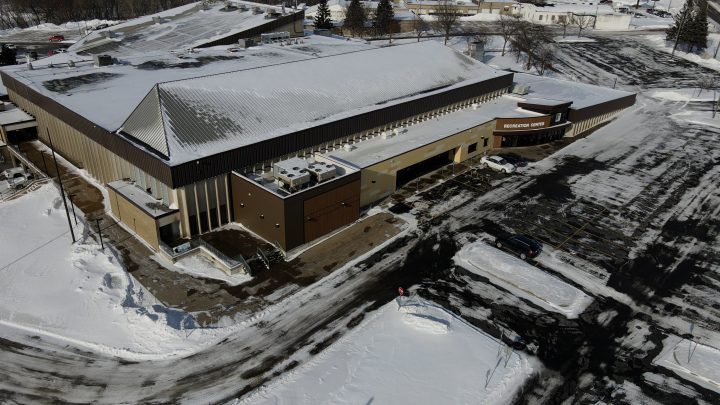 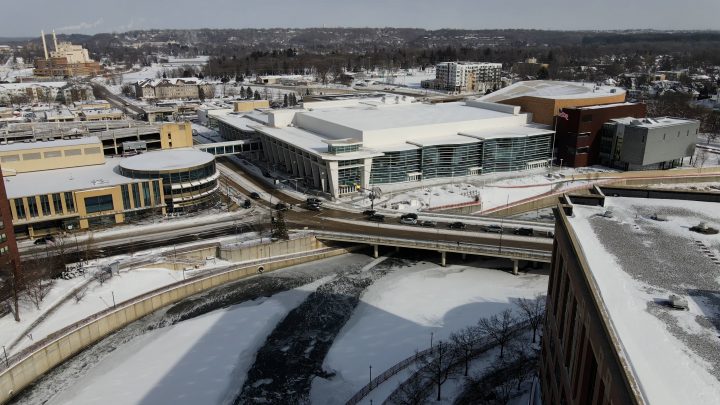 Learn more about both projects in CEEM’s Success Story feature that explored how the projects came to life and how the City’s commitment to sustainability played a major factor.

“How can we look at this improvement project, and not just modernize equipment, but make it much more energy efficient?” asked Malwitz. “And how can we do so in a way that we are engaging with our local subcontractors and creating local jobs with these projects?”

Malwitz also shared some insight into McKinstry’s upcoming project at Winona State University. With an estimated budget of $12.3 million, this project will bring a significant amount of solar to the campus, primarily in rooftop systems and on top of a new carport. By putting solar at the center of the campus, McKinstry will directly connect the community to clean energy.

“Our goal is to not just fix old and broken things, but do so in a way that drives energy efficiency, creates local jobs and empowers us all to really raise the bar,” said Malwitz.

In Faribault, Nokomis Energy is also hard at work educating the community about clean energy applications and benefits. The final roadshow panelist, Brendan Dillon, shared how Nokomis Energy partners with community members to help them establish their own energy transition, with economic benefits targeted toward landowners, energy customers and local tax revenue.

“We work with communities to identify clean energy development opportunities for them,” said Dillon.

In particular, Dillon highlighted the six 1MW community solar projects being constructed around Faribault and Nokomis’ partnership with Faribault Public Schools and Shattuck-St. Mary’s School. Through these community partnerships, Nokomis works with landowners, county governments and schools to not only establish over $1 million in energy savings, but to incorporate educational elements such as outreach and field trip programs.

Through these panelists’ engagement with local communities, Southeast Minnesota is brimming with clean energy projects. CEEM will be hosting a second virtual roadshow next Tuesday, Sept. 28, where three clean energy businesses, RREAL, PACE Loan Group and Juhl Clean Energy Assets, will discuss the energy impacts they are making in Central Minnesota.

Learn more about future roadshows and RSVP to attend these virtual conversations here.