With more Minnesotans working in clean energy than lawyers, accountants, web developers and real estate agents combined, the industry is growing, despite a slight decline in 2020. As the industry grows, its technology has been evolving in response. In our Twin Cities roadshow, three clean energy businesses highlighted their latest clean energy innovations, and their respective impacts on the industry.

Striking the balance between energy consumption and zero emissions

Reducing energy usage will reduce carbon emissions, however Trane Technologies works with their customers in developing projects that allow them to maintain their current energy usage. By electrifying their systems, Trane eliminates their projects’ systems’ reliance on fossil fuels, helping bring carbon emissions to zero. This transformation affects systems across an entire business, from specific design modeling to controls and optimization after installation. The analysis of each site’s energy usage provides Trane the foundation to form decarbonization plans.

“It is really important to look at how we’re shifting production of electricity and improving our energy efficiency,” said Becky Wacker, Area General Manager of Trane.

One of Trane’s more high-profile projects in the Twin Cities is an HVAC installation with the Science Museum of Minnesota. After looking at the project site’s data, Trane found that the heat produced by the museum’s daily stream of visitors was enough energy to power the building. After installing two heat recovery chillers, the hot water that now flows around the museum heats the building. As long as the outside temperature is above 4℉, the museum does not have to pay for heating.

“[The museum is] able to leverage those savings to do a lot of great things, like look at further energy reduction and carbon neutral adjustments,” said Wacker, “As well as how to create great environments for people to come and visit, improve their exhibits and hire more people.” 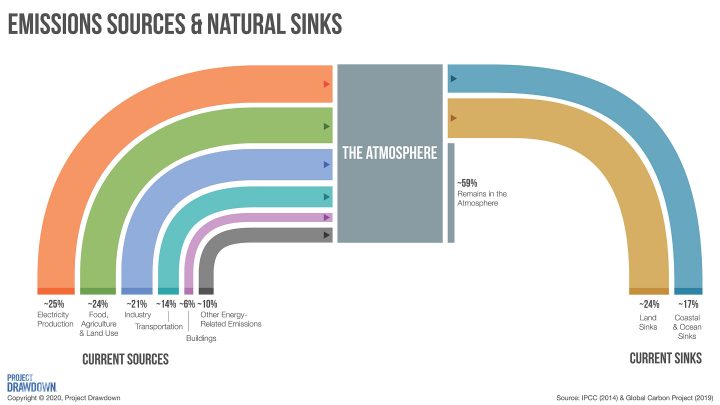 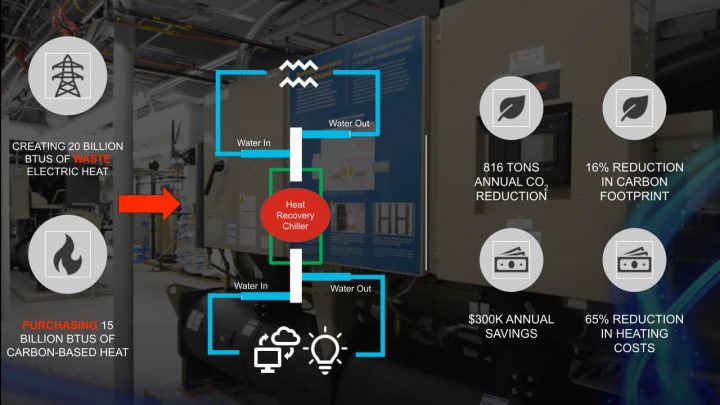 How business negotiations can capitalize on clean energy

In late 2020, Rahr Malting Co. purchased Koda Energy. Rahr Co. is a producer and distributor of malt, their product reaching customers around the world. The company has a production plant in Alberta, Canada, and a second plant in Shakopee, Minnesota. At the Shakopee plant, Koda Energy owns and operates a combined heat and power plant, one that doubles as a biomass fuel plant. This plant is just one step that Rahr Co. has taken toward reaching its 100% sustainability goal by 2030 in all of their production and plant operations.

Currently, Koda’s focus is on water reclamation and waste reduction, a mindset that stems from Rahr family values, as well as the environmentally-conscious values of their customers. In the future, Koda and Rahr hope to include solar and wind in their plant operations, supporting their energy needs in a more resilient manner.

While larger companies such as Trane and Rahr have access to more resources, smaller clean energy startups often struggle to break into the marketplace. The recent launch of Grid Catalyst looks to fill the void between energy startups and large corporations. Grid Catalyst is a clean tech accelerator focused on northern climate solutions. The accelerator (a program of Clean Energy Economy MN) is unique in its creation of the Innovators Network, a group of cities, universities and businesses who have committed to partnering with clean energy startups going through the accelerator to give the startups an opportunity to demonstrate their product.

“People tend to be a little risk averse sometimes for a really good reason and sometimes because being the first in demonstrating something can be a really challenging position,” said Nina Axelson, the founder of Grid Catalyst.

The Innovators’ Network is currently catered toward late-stage startups who have existing technology that can be implemented through a partnership project. In the future, Grid Catalyst hopes to expand their network to include emerging startups, giving guidance from ideation to installation.

“Minnesota is already doing so many great things for the clean energy marketplace, and we want to make sure that everybody knows it,” said Axelson. 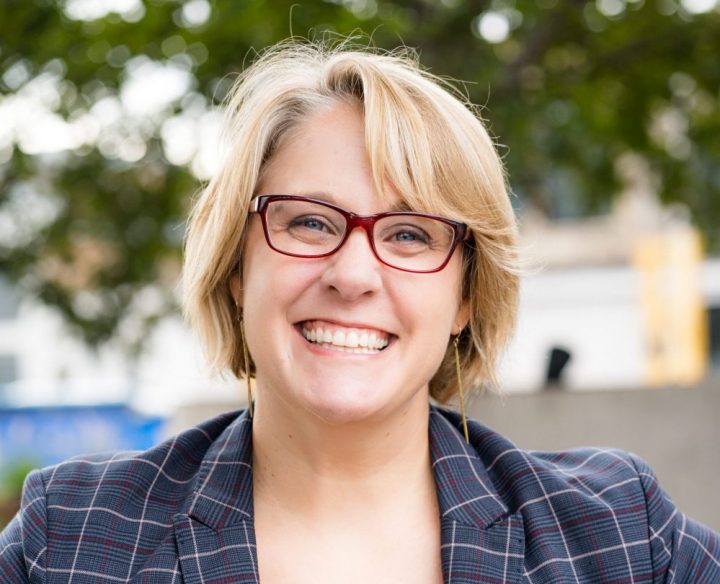 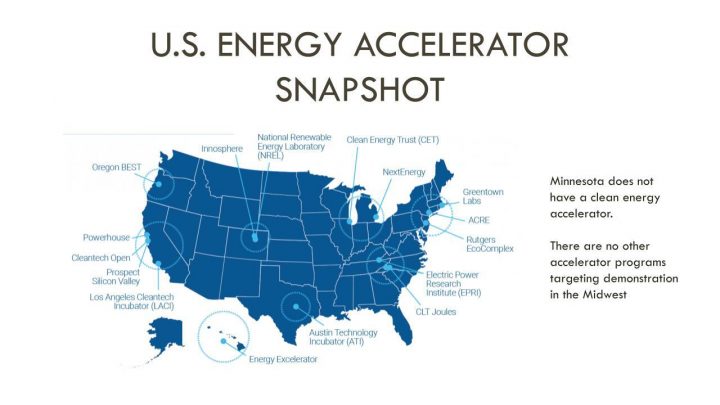 The pieces of the clean energy puzzle

“As [businesses] get those savings,” said Wacker, “They’re able to make further investments, and it becomes a wheel that reinvests in itself.”

“Pay attention in science class, pay attention in math class, find something that sparks your interest and pursue that,” said Cook. “There are many different occupations that have great value to society that can be pursued in Minnesota’s clean energy economy.”

The clean energy industry of Minnesota is a diverse setting of individuals and technologies. While a technical background is often required for the design and installation of clean energy tech, the clean energy workforce requires the efforts of a variety of workers, from accountants to data scientists. Minnesota’s clean energy economy continues to grow, and with it, a broad range of opportunities for workers.