Earlier this month I (CEEM’s Director of Engagement and Strategic Initiatives, Virginia Mooty Rutter) had the honor and great pleasure to join Region 9 Development Organization’s delegation to three cities in North Rhine-Westphalia, Germany: Münster, Saerbeck, and Düsseldorf. The delegation’s areas of focus were climate & clean energy and welcoming communities. Our trip was a result of Climate Smart Municipalities and the sister relationship that Minnesota has with North Rhine-Westphalia; Nicole Griensewic, Region 9’s Executive Director, visited with a Climate Smart Municipalities trip last year and worked hard to set this trip in motion. Traveling with the delegation were several Region 9 board members, including city council members, a county commissioner, and a mayor, as well as Frank Kolasch (Climate Director, Minnesota Pollution Control Agency) and Ken Smith (Ever-Green Energy).

North Rhine-Westphalia is the most populous region of Germany, with 18 million people. It is the most energy consuming state in the country, due to its large industrial sector, encompassing nearly 20% of the state’s workforce. The state currently still mines lignite coal, though it has set an end date for the use of coal in power plants by 2030. Use of coal has increased during the current energy crisis, with limited methane gas availability due to Russia’s war with Ukraine. Nevertheless, North Rhine Westphalia has set a goal to increase renewable energy production to greater than 55% of their power by 2030 and to become climate neutral by 2035. They have already invested heavily in wind and solar generation, as well as biogas, and hydrogen is a new area of focus for the state.

My biggest takeaway from this trip was how integral collaboration is when working to effect big change. Germans are creating many opportunities for businesses, municipalities, and other governments to work together on the clean energy transition, whether by sharing best practices, developing incentives, or innovating new solutions. I would love to carry this to CEEM’s work in Minnesota; new ideas for 2023!

We started our trip with a tour of Münster, one of the most bike-friendly cities in Germany. Smart city planning has facilitated easy mobility for pedestrians and bicycles – there are famously more bikes than people! 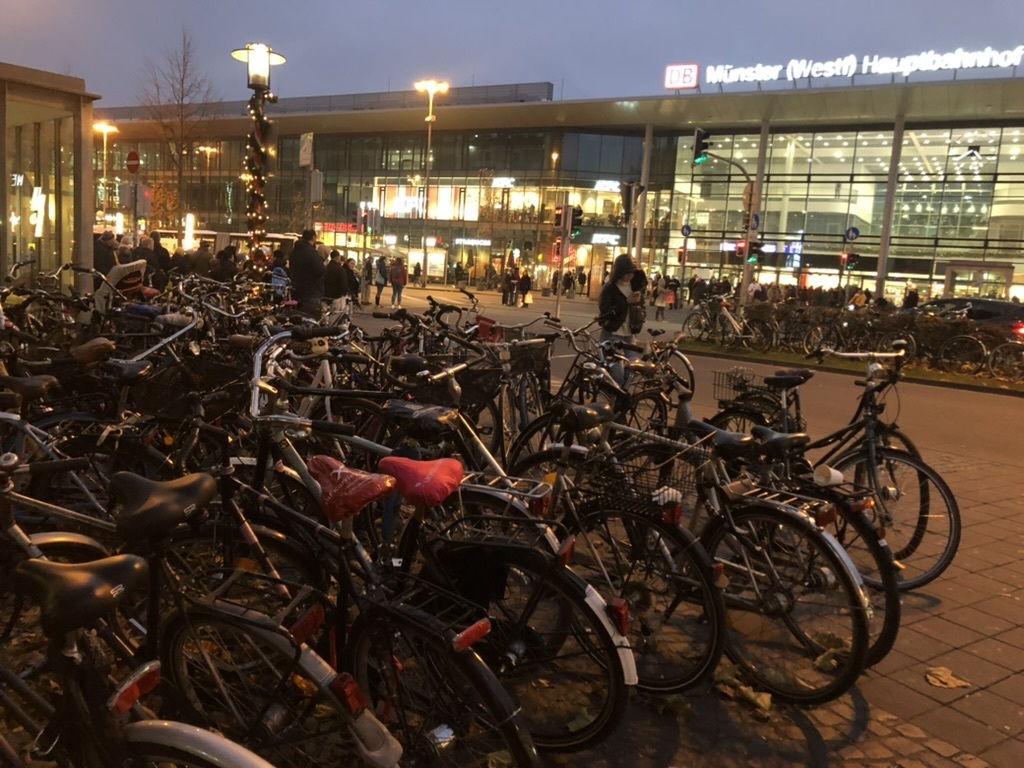 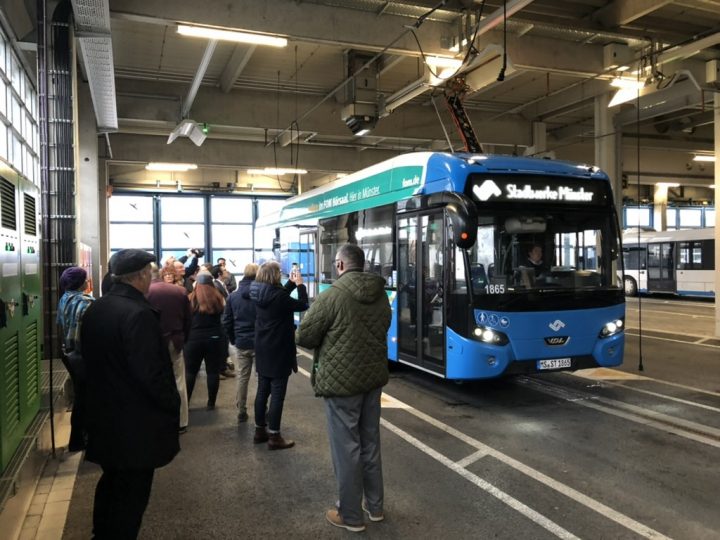 Münster is also electrifying its transit system; within the next 10 years, Stadtwerke Münster, the city’s utility, plans that all buses will be zero-emission. Demonstrating the charging system: the driver stops at the yellow arrows on the floor, clicks a button, and the charger drops down from the ceiling to connect to the bus. The green boxes at the far left of the photo are the inverters that manage the charging infrastructure.

We met with representatives from the region’s chamber of commerce, IHK – North Westphalia. Germany has 79 chambers of commerce, and membership within a business’ local chamber is compulsory, as the chamber provides some quasi-governmental services. They will be sending a business delegation to Minnesota in March 2023 (reach out to me if you’d be interested in learning more).

One of the stops was at the Bioenergiepark in Saerbeck, a town of approximately 7,000 people. Developed by the Klimakommune Saerbeck, the Bioenergiepark is an impressive 400 acres of renewable energy and community projects. In 2010, the City of Saerbeck purchased a former ammunition depot, and they have transformed it into a nature reserve, energy generation plant, and tourism destination. The process of deciding to create the facility was accomplished through community conversations held at the town hall, educating citizens and gaining popularity and consensus for action.

The Bioenergiepark has 33 MW of generation capacity from 7 3-MW wind turbines, 5.7 MW of solar, and a biogas plant. Construction and operation of the facility has created 80 new jobs. A majority of the investment to build the facility was from local investors, some of whom created the “Energie für Saerbeck” cooperative to own and operate the solar installation and one wind turbine. Beyond providing energy to the town and local businesses, the Bioenergiepark is an educational hub, with camps and classes for children, as well as international visitors like the delegation. Every year, between 7-10,000 people visit Saerbeck to learn about the Bioenergiepark, with more than 120,000 climate tourists since the start of the project.

The Bioenergiepark has also brought more economic development to Saerbeck with the location of Enapter’s new manufacturing plant. Enapter is an electrolyzer startup, with current production based in Pisa, Italy. They were looking to expand their operations from 100 units per month to 10,000 units per month. Saerbeck competed against 140 other cities across the world for this manufacturing plant, and they won partly because of the renewable energy onsite. Enapter wants to have zero negative impact for all of their operations, and energy was a big consideration for them. When ramped up to full production, the Saerbeck plant will add 300 jobs to the community.

I loved the conversations that the Region 9 delegation had about this park especially – it was inspiring to see another small town be able to accomplish a large clean energy project and to see all the resulting economic benefits. 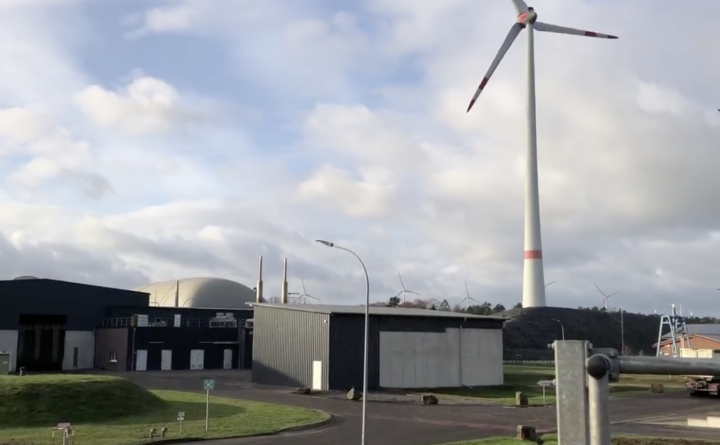 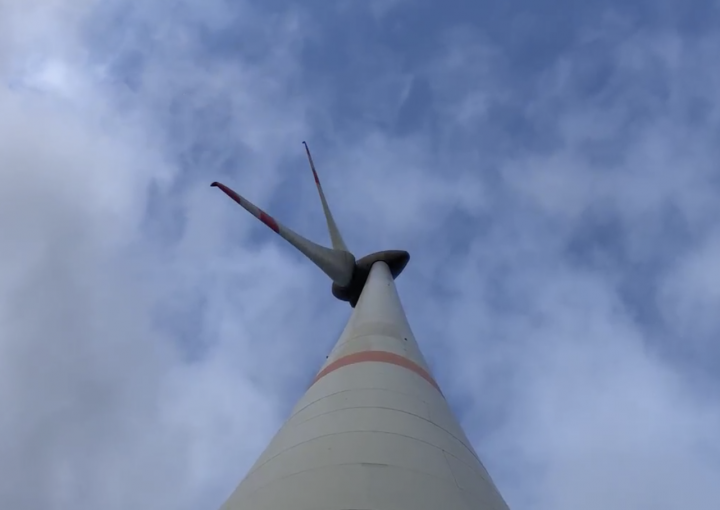 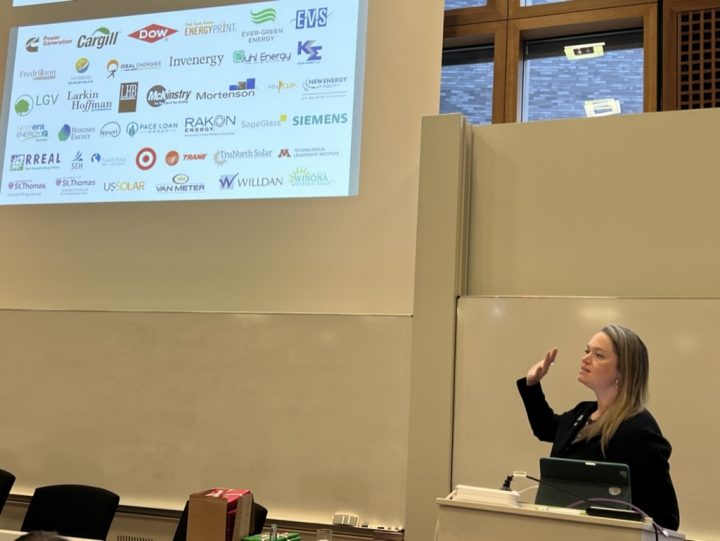 Virginia presenting at the Ministry of the Environment, Nature and Transport of the State of North Rhine-Westphalia

Our last stop was Düsseldorf, for more policy-related conversations. While we were hosted by the Ministry of the Environment, Nature and Transport of the State of North Rhine-Westphalia, I gave a presentation on Minnesota’s clean energy transition and the parallels between our two states. The Ministry and Minnesota’s Pollution Control Agency signed a collaborative agreement in 2020, which has led to exchanges and conferences on the environment, health, equity, and climate adaptation. We also heard about the Green Economy Network that North Rhine-Westphalia has created, which focuses on promoting innovation, communication, and international markets. Frank Kolasch and CEEM are interested in bringing something similar to Minnesota, so stay tuned. 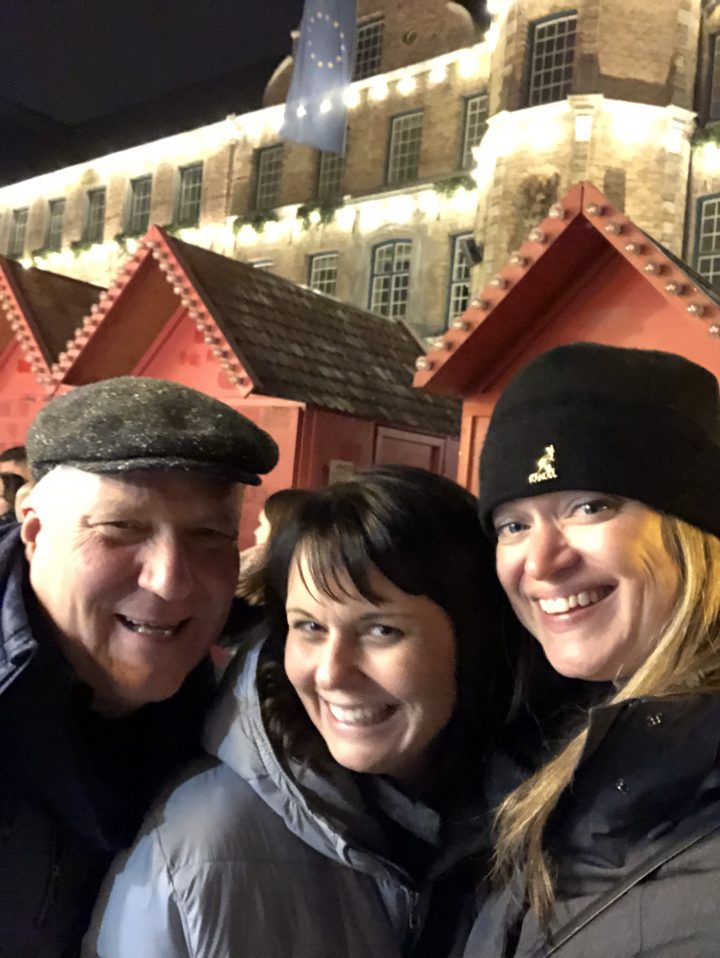 I had never been to Germany before this trip, and I was especially excited that my trip coincided with all the Weihnachtsmarkts – the Christmas markets! I was able to attend several markets both in Münster and Düsseldorf, and they were lovely.

Clean Energy Economy MN (CEEM) is celebrating the Senate passage of the 100% clean energy by 2040 bill, legislation that requires all utilities in Minnesota to operate on 100% carbon-free energy by the year 2040. Since its first introduction in 2019, CEEM has brought the business voice to the conversation around how this bill will move Minnesota to a clean energy future.