Since its first greenhouse gas inventory in 2008, Carleton College in Northfield, MN has reduced its carbon footprint by 68%. In 2021, the College completed its Utility Master Plan, a plan that focuses on upgrading campus facilities to reduce operating costs and emissions, with the goal of making the college carbon neutral by 2050.
Geothermal Grid Catalyst Solar Wind

Since its first greenhouse gas inventory in 2008, Carleton College in Northfield, MN has reduced its carbon footprint by 68%. In 2021, the College completed its Utility Master Plan, a plan that focuses on upgrading campus facilities to reduce operating costs and emissions, with the goal of making the college carbon neutral by 2050. This goal represents Carleton’s overarching understanding of the community’s current and future impacts, with their intention of exemplifying environmental stewardship within the daily activities of campus life.

In 2004, Carleton became the first college to construct a commercial-sized wind turbine and, in 2011, the school’s second wind turbine was constructed. 2011 was also the year in which the college released its Climate Action Plan, a document that outlines the various ways the school has been and is planning on addressing its ongoing sustainability efforts. Guided by these two documents, the Facilities Department has overseen and continues to implement a variety of technological and ideological changes.

One of these changes is the addition of four types of renewable energy generation on campus: solar photovoltaic, solar thermal, geothermal and wind. This fall marked the completion of Carleton’s eight-year geothermal installation project, a project that transitioned the entire campus district energy system from steam heating to low temperature hot water heating tied to a geothermal heat pump. This project generated a 40% drop in campus-wide energy use and a 15% reduction in carbon emissions. With over 300 bores that facilitate the exchange of geothermal heat installed in this project, the campus can now directly exchange heat between its heating and cooling systems. 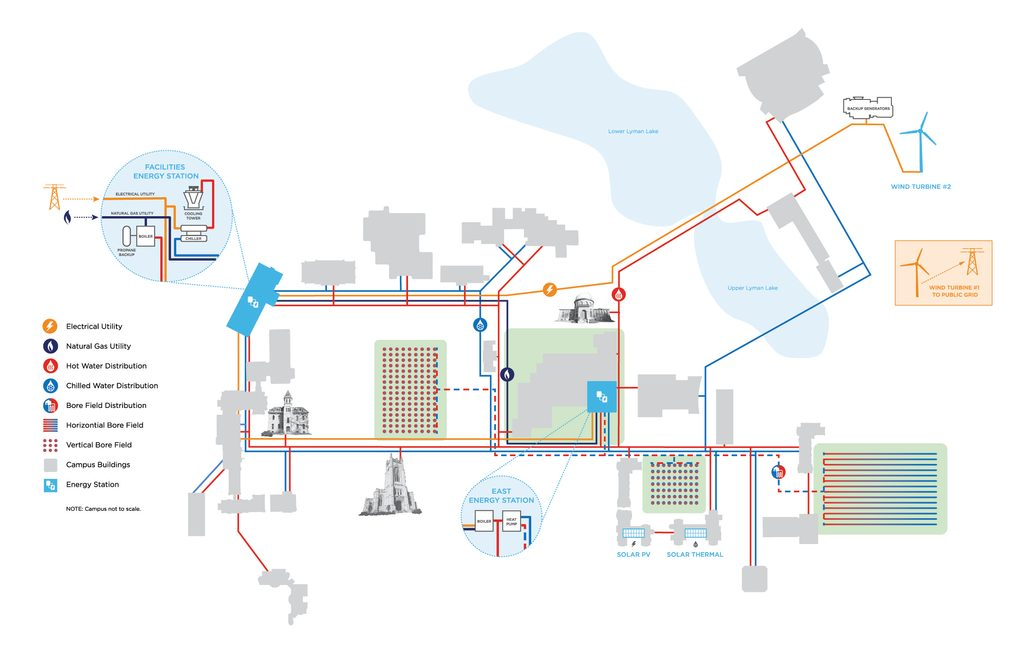 Throughout the geothermal installation process, the Facilities Department strove to make the work being done accessible to students. As a student at Carleton College myself, I recall many of these actions, from a campus-wide celebration when our steam plant shut off, to infographics on the fences surrounding a construction site. Tours of our new, green facilities are also offered to campus residents and visitors, while many professors weave elements of the Utility Master Plan into their classes. 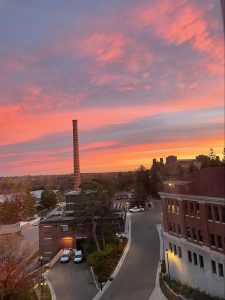 One of these professors is Dan Maxbauer, a professor within Carleton’s geology department, who recently partnered with a local farmer to apply his research. Maxbauer spread rock dust over the farmer’s cornfield with the intention of pulling carbon from the air back into the soil, effectively enriching the soil and enhancing crop yields. Maxbauer worked with a handful of students on this project, exemplifying the student-faculty teamwork that Carleton hopes to enhance through their sustainability projects.

For Alex Miller, Carleton’s Sustainability Program Coordinator, these relationships are invaluable to students. Rather than simply discussing climate concerns in class, Miller has made it a priority of the facilities department to put the emphasis on taking action and discovering innovative solutions.

“As a staff member, I have the ability to teach students to be change agents in their own right, and my effect can reach further than just me as an individual,” said Miller.

Students have also become involved with various initiatives around campus. Primarily at sporting events, students will be stationed at the three-bin waste containers with the role of “trash talking”. This job involves educating individuals on whether their item should be disposed of in the compost, recycle or landfill bin. In having these conversations, the college community continues to strive for not only zero-waste events, but a zero-waste campus.

The future of emissions reduction

At this point in Carleton’s sustainability plans, carbon emissions have decreased by 67%. Martha Larson, Manager of Energy and Sustainability at Carleton, hopes that Carleton can be an example for others, showing that this substantial decrease in campus carbon emissions is possible with practical, affordable solutions that exist today.

While the past decade of equipment upgrades has made a significant impact, the Facilities Department is also looking to make improvements to the college’s invisible consumptions. Over one-third of the school’s emissions comes from travel, whether it be for off-campus studies, commuting or travel to conferences. The school recognizes the importance of these activities, and has an off-set program in development which would eliminate the need to sacrifice any of these opportunities while also doing more than simply writing a check.

“Resilience and adaptation are now key, where we were just talking about mitigating carbon ten years ago,” said Larson.

Along with an offset program, Carleton would also like to explore the possibility of heat recovery from waste systems. This technology would complement the current hot water system, providing a cost-effective way to acquire heat for the water. These programs are just the beginning of the work that the school hopes to have on campus within the next few years, and will be brought to light in the updated Climate Action Plan that the college hopes to implement within the next year. This plan, referred to as the Climate Action Plan 2.0, will remain flexible, leaving space for the incorporation of new technologies. 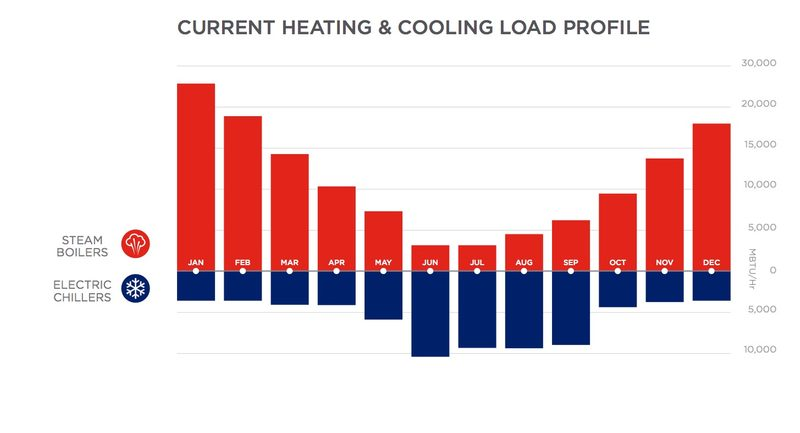 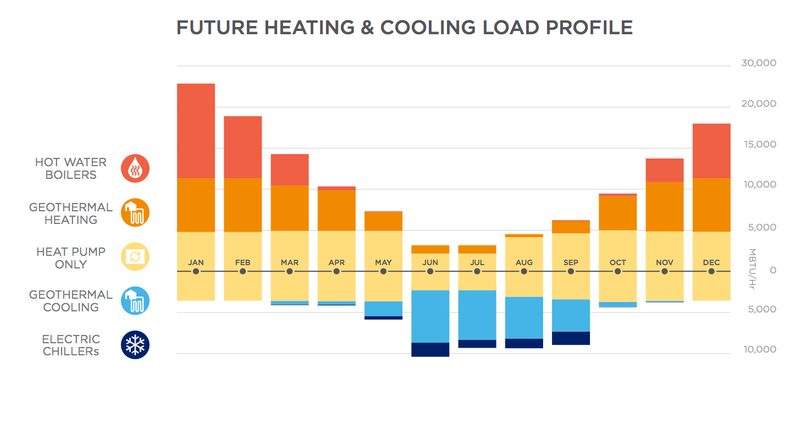 A commitment to sustainability and innovation helped draw Carleton to participate in Minnesota’s newest clean energy accelerator, Grid Catalyst, as a member of their Innovators Network. The Network is made up of 12 regional energy and climate leaders, who are interested in demonstrating northern climate solutions with emerging startups. Carleton College is one of two higher education institutions among the partners. The demonstration partnerships will play a crucial role in helping startups show the real-world potential of their cutting-edge technologies and platforms. The accelerator is a signature program of Clean Energy Economy Minnesota.

“We’re hoping that with Grid Catalyst we can take a deeper dive into some specific technologies,” said Larson. “We’re specifically looking at heat recovery, electrification and greener electricity.”

Larson hopes that being a host site for an emerging technology will bring the college’s sustainability projects one step closer to permeating the entire campus, rather than just staying within the Facilities Department. Grid Catalyst cohort finalists are currently interviewing with Innovators Network partners to determine which projects and partnerships will proceed in 2022.

With Carleton’s upcoming Grid Catalyst partnership, and its Climate Action Plan 2.0, the school is expecting to face a series of new technological challenges. Larson and Miller hope, however, that bringing a tangible piece of technology to campus will help educate and inspire the community.

“Everybody wants to be a part of Carleton’s sustainability, but they don’t know how to engage,” Larson.

At this current junction between the planning of Carleton’s Climate Action Plan 2.0 and the completion of the geothermal project, Larson hopes that Carleton’s partnership with Grid Catalyst will be another element that propels the school into its next phase of sustainability while remaining a role model for other higher education institutions in Minnesota.

Blog written by Brooke McKelvey, CEEM’s Communications and Marketing Intern, who is a senior at Carleton College.