Businesses come out in force on Clean Energy Business Day

Governor Walz declared February 13 as ‘Clean Energy Business Day’ across the state of Minnesota — in large part due to the innovation and talents of the clean energy business community who have helped create nearly 60,000 jobs. 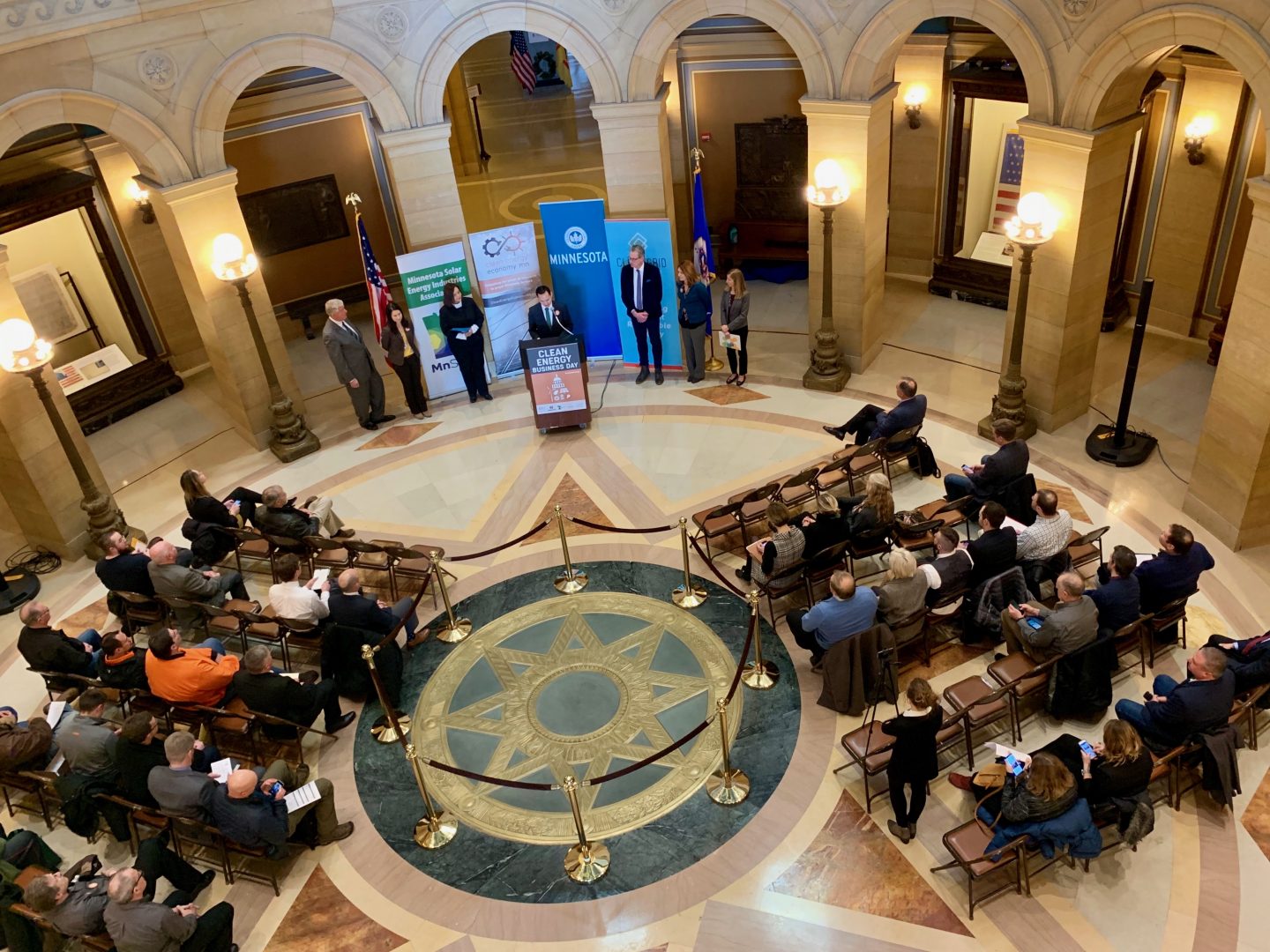 Our third annual lobby day at the Minnesota Capitol kicked off with all attendees gathering in the Capitol rotunda for brief remarks from CEEM, and all of our partners for this day, Minnesota Solar Industries Association (MnSEIA), Clean Grid Alliance (CGA), Center for Energy and Environment (CEE) and U.S. Green Building Council – Minnesota (USGBC). 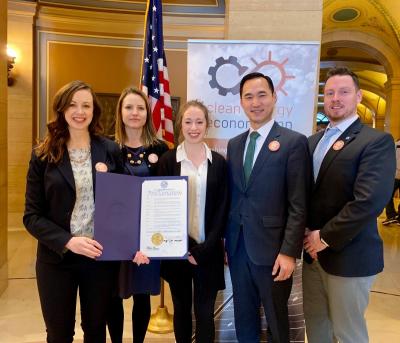 Commissioner Kelley delighted the crowd with a Polar Vortex fun fact: during the three coldest days the Midwest experienced in January (Jan. 28-Jan. 31), 31.2% of electricity in MISO North (which includes 15 states plus Manitoba) was supplied by wind. Commissioner Kelley thought that was pretty cool — and we agree!

House Energy and Climate Chair and Vice Chair; Rep. Jean Wagenius (DFL-Minneapolis) and Rep. Jamie Long (DFL-Minneapolis) spent about a half an hour talking to the group. Each of the legislators touched on legislation coming up before the committee soon, including solar on schools as well as a revolving loan fund for energy conservation in schools.

Senator Erik Simonson (DFL-Duluth) also came and chatted with the group. Senator Simonson is the DFL lead on the Senate Energy Committee. He received a lot of questions about community solar, as the committee he sits on recently heard a bill that would repeal the state’s community solar garden program. He provided thoughtful comments about various ways to approach working with Republicans and utilities to accomplish shared goals.

Finally, Speaker Melissa Hortman (DFL-Fridley) came and spent some time with the group, talking about her past role as the House Energy Committee Chair and chief authoring the state’s Solar Energy Standard and Community Solar 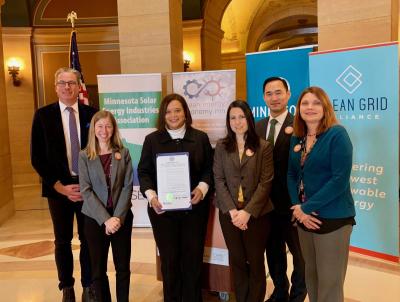 bills which passed in 2013. She also said she wants to “double down on energy efficiency,” a message that was greeted with enthusiasm from several of our businesses.

Senator Eric Pratt (R-Prior Lake) was scheduled to speak as well. While he got tied up with several bill hearings on the day, he did make it to our networking event that evening at The Happy Gnome. 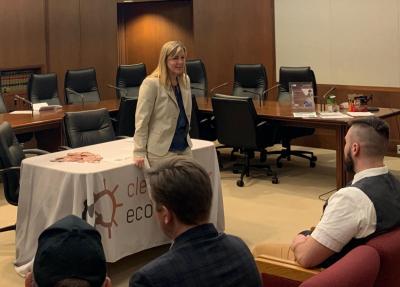 CEEM, along with our co-sponsors for the day appreciate all of the legislators and commissioners who took the time to speak to our group. In total, we had 138 people participate in all of the days activities. Each year, our collective voice as part of the clean energy industry grows stronger. All of our members who came out and took part in the day — THANK YOU. Your participation and voice matters. Cheers to a great year, and we hope you all come out again next year!